Watch: Here is why Cassper Nyovest and the Major League DJz got the net talking 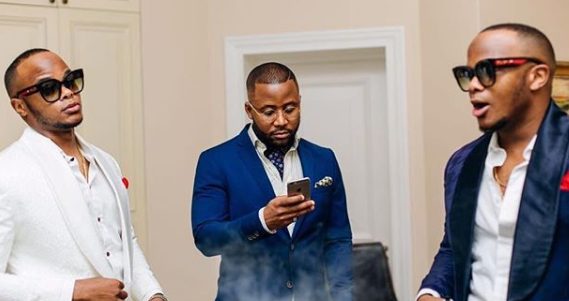 A video of Major League DJz’ and Cassper Nyovest at a gig has gone viral on social media.

In the video, The twins were seen DJing one of their amapiano hits, while Cassper Nyovest was behind them, vibing to the beat.

However, what caught lot of people’s attention was their facial expression.

Feels like the beat took them to cloud nine. Cas called it an intimate moment.

While many could relate with their feels, others found it hilarious.

Hahahaha… Whoever who took this video is not going to heaven… This was an intimate moment…. https://t.co/mJWl71zfGM