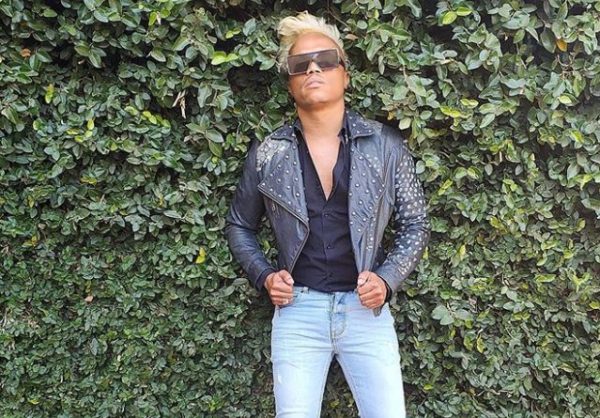 Somizi was busy enjoying his vacation with his husband, Mohale as some of his fans spotted his knee.

The lover bird took a break in Mpumalanga as Somizi shared series of picture as tweeps scrutinizes his knee and perceived something weird on it.

In the post, the TV star and his bubby rocked shorts which showed off some legs, and Somizi’s knee had what looks like it has a face with a beret on it, how weird is that?

Many compared the face to that of red beret’s president Julius Malema as they decide to turn him into a laughing stock.

Many have been posting memes and some hilarious reactions making fun of it and we wonder if Somizi has caught wind of their reactions.

Somizi is deep. He got a whole CIC on his knee.

Is it me or there is a face on Somizi’s left knee pic.twitter.com/lnwTte72mk

Is that Malema wearing his barret on Somizi’s knee?🙆🙆 pic.twitter.com/CbSyd3HJdk

Why is Julius Malema trending and not this imaginary march.