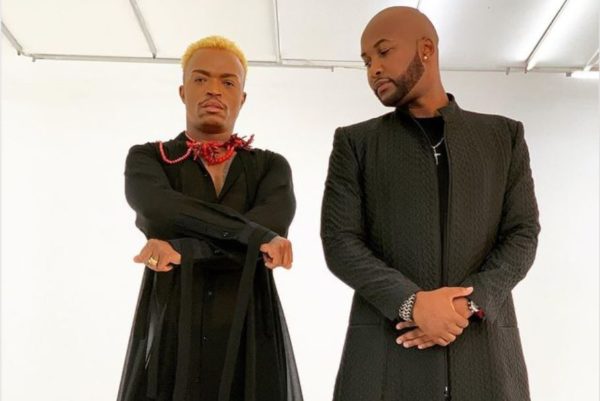 Somizi and Vusi Nova has given their fans something to talk about after they shared a picture of themseleves together.

The two have been friends for a quite a while now but they have been called out on several occasions that they are more than friends.

Somizi is legally married to Mohale but even with that, they feel he is in a romantic relationship with his “bestie”.

Taking to his Twitter, Somizi posted a super intimate snap with Vusi, fans started to wonder once again if there’s more to their friendship.

Fans commented on the picture with differing opinions.

In the snap, Vusi Nova has his arm on Somizi’s shoulder and they are looking pretty cosy.

They are comfortable with each other, that’s for sure.