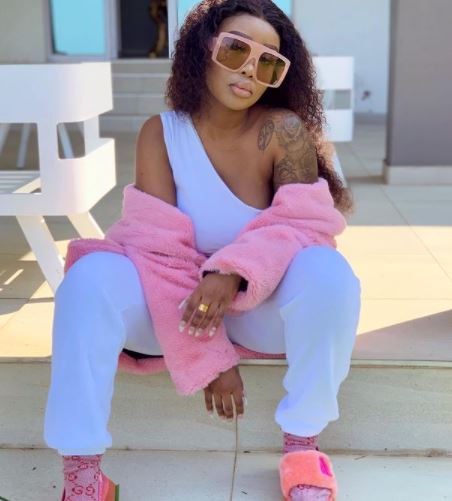 Sithelo Shozi has decided to react to those who dragged her regarding her age difference between she and her baby daddy, Andile Mpisane.

Andile recently turned 20 years old and on his birthday, Sithelo confirmed their relationship on Instagram, which raised many eyebrows.

After making their relationship official, many started making research on when they started dating.

Sithelo is 27 years old and she started dating Andile when he was apparently 17 years of age. This means that Sithelo at the time would have been 24 years old.

She is being labelled a sexual predator and the attacks just keep on coming.

Taking to Twitter, Sithelo defended herself as she slammed those attacking her.

In her first tweet, she said: “okusalayo” meaning “the rest”.