7 things that hurt a narcissist’s ego the most 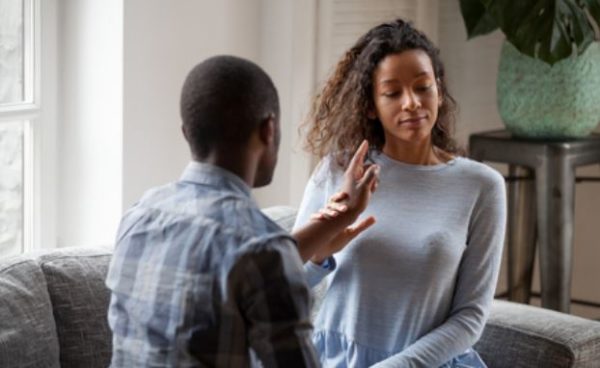 You’ve got two options, leave it or revenge. There’s no third option when dealing with a narcissist.

Either you say it’s your bad luck to have met him and walk away, or you stay and show him you’re strong and let him how it feels.

A major problem with narcissists is that they ignorantly don’t know how annoying and hurtful their actions and words are. Most people would just walk away because they can’t be bothered dealing with it.

You want to show the narcissist a taste of his own medicine, that’s normal. A narcissist has got his weakness too. Below are 7 things that hurt a narcissist’s ego the most:

They want recognition. They want to know they’re better than you, and potentially have control over you. Well, they don’t. You can easily show that by ignoring them. Don’t return their text and just walk past them with your head held high. Don’t even give them the slightest attention they want.

Show that what they say can’t get to you. Don’t show any emotions and just act like it’s nothing big. Narcissists will hunt down chances to make you feel bad. If ignoring them doesn’t work, if they will chase you down just to destroy your self-esteem, then just pretend you don’t care, which you actually really shouldn’t.

3. Ask them for proof whenever they say something

Narcissists can’t handle being challenged because they’ve got no real power. Once challenged, they would be so embarrassed and try to bullshit their way through. Keep attacking their argument until the world knows they’re just a fraud.

4. Tell them to Google their questions

Another way a narcissist would bring you down is to ask questions that they think you wouldn’t know the answers to, thus showing they’re smarter than you. Don’t fall for it. Tell them to Google it themselves and walk away. Don’t waste time on them. Whatever they ask you, it’s not that they want to seek answers from you. They just want to humiliate you. Leave it.

Be sarcastic. Mock them for being a smart ass. They will be really pissed and it will shrink their big ass narcissistic ego. They often want to be the sarcastic one. Knowing someone can be more sarcastic than they’re makes them doubt their self-worth, mission accomplished.

Don’t initiate anything with a narcissistic bastard. If you initiate to talk to them, they will think they can do anything to you and they won’t respect you. After all, after everything they did to you, why would you contact them first? It doesn’t matter why you want to contact them first, whether it is to reason with them or to yell at them, just don’t do it. I can tell you 10 out of 10 of the times, it’s not worth it.

What’s the best way to get back at a narcissist? Treat everything they say like a joke! Hurt them like how they hurt you. They laugh at what you say, well, do the same to them! Laugh at them in their face. Be as hysterical as you can. Don’t worry even if you look a bit crazy. Be crazier than your enemy.