Khanya Mkangisa and Desmond Williams set to tie the knot 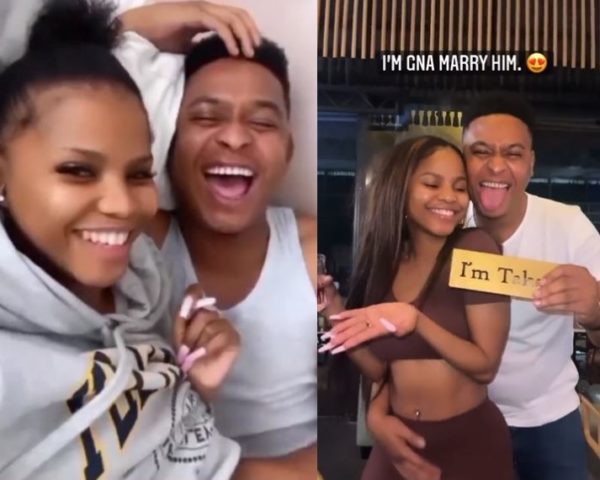 Khanya Mkangisa is in a romantic relationship with Mawe Vundla’s ex-husband, Desmond Williams.

Photos and videos of the lovers canoodling publicly has surfaced on social media and garnered lots of attention.

The actress was believed to be dating rapper J Molley but the two rubbished the rumors despite videos of them being cozy surfaced on the internet.

Her relationship with Mawe’s ex husband can’t be denied at this phase as the two are pushing the relationship towards marriage.

In a video shared, Khanya wrote on it that she’s going to marry Desmond; in another video, the two were seen being mushy at each other.

Check out the videos below:

Khanya and soon to be husband Desmond Williams . pic.twitter.com/zK0UpnGSoe