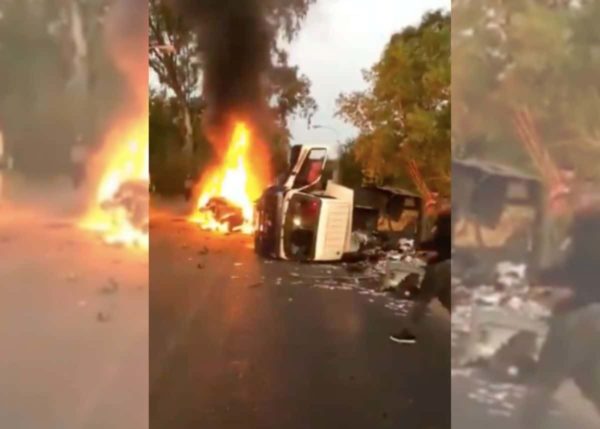 Seven people were left injured and a suspect died during a brutal cash-in-transit (CIT) heist in Rustenburg, North West.

This CIT robbery was carried out on Thursday 8 October.

Muridili explained that the police officers followed up on a tip about a CIT robbery that was to take place in Rustenburg, Geelhoutpark.

“The police were on high alert while patrolling the area. As they were driving along the Watsonia Road, they came across the active scene of a CIT robbery.”

“The suspects fired shots towards the police vehicles and the members retaliated,” said Muridili.

The suspects got into their getaway vehicles and fled the scene but the officers chased them till they got to Tlhabane Shopping Centre where another shootout ensued.

During the shootout, five members sustaining gunshot wounds, while one suspect was fatally wounded.

“At the scene of the robbery, two security guards were also injured during the shootout. All the injured have been taken to hospital for medical attention,” said Muridili.

A 72-Hour Activation Plan has been launched by the North West province to investigate and trace the perpetrators that managed to flee the scene of the Rustenburg CIT robbery.

The National Commissioner of the South African Police Service General Khehla John Sitole commended the bravery of the members as well as the injured security guards.

He wished them a speedy recovery.

Muridili called on anyone with information that can lead to the arrest of the suspects to call Crime Stop number 08600 10111 or to send tip-offs on MySAPS App.